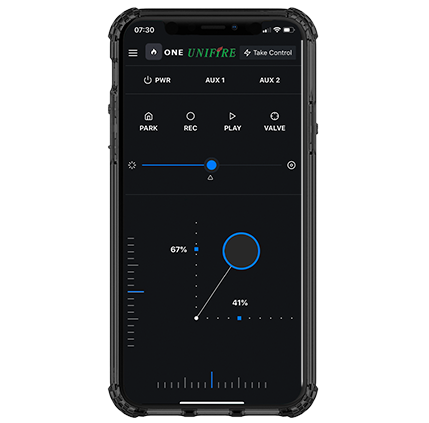 Unifire’s ONE App–the first app on the market for the control of robotic nozzles (aka remote controlled firefighting monitors, or water cannons)–is a full-featured virtual joystick for any iOS or Android device. Unifire also offers computer-based / web-based graphical user interfaces (GUI’s) for controlling its systems, which can include valves, lights, logic sequences, inputs and outputs for interaction with other systems, etc.

Read all about it in this article.