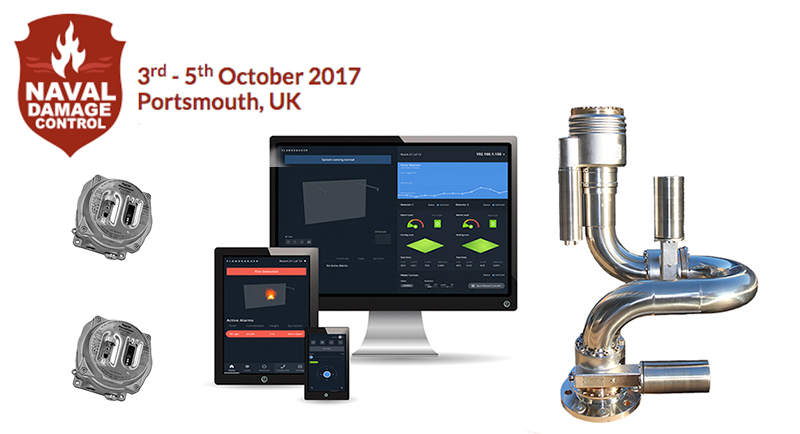 According to Mr James, “the FlameRanger system was received with great excitement and interest at Naval Damage Control 2016. The presentation captured the full attention of the audience, comprised of naval officials and industry leaders. The FlameRanger  truly represents a giant leap forward in firefighting technology and, we are confident, the way fires will be fought in many applications in the coming years, not the least of which is fire protection on naval vessels, ships and other marine applications.” 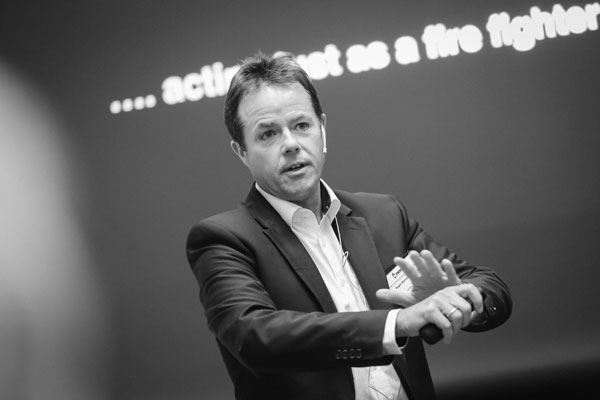 Unifire’s FlameRanger is a revolutionary system that is very much like having a firefighter on duty 24/7/365—it reacts immediately and fights fire very much like a human firefighter.  It uses IR array flame detectors to automatically detect and locate the exact size and 3D position of fire and, within seconds of detection, begin suppressing it with the Force robotic nozzles, with pin-point accuracy. The system automatically shuts off the water as soon as the fire is extinguished, yet remains in active stand-by 24/7/365. In multiple full-scale fire tests conducted by the U.S. Naval Research Laboratory and Jensen Hughes, FlameRanger was able to extinguish fires in 20 seconds or less, with only minimal use of water (300 liters or less).

As Unifire explained at the Conference,

Fire grows exponentially—all fires start out small, but then grow extremely quickly as long as they have oxygen and a fuel source. If you can both detect a fire and begin extinguishing it right away with a high volume of water, directly at its source, then you not only maximize your chances of successfully extinguishing it, but you also minimize damage and use the least amount of water or agent necessary to extinguish the fire.

Another revolutionary aspect of the system presented is the system’s web-based control system, called the Unifire InterAct™ graphical user interface (GUI). This technology enables an infinite number of systems to be networked together, and all can be remotely monitored and controlled. Each system can be accessed from any standard computer, laptop, tablet or smartphone with a secure network connection and proper authorization, including over the Internet.

If a fire is detected on any system, authorities can be alerted immediately and authorized personnel can not only monitor the entire network but also take control remotely. Firefighters on the ground are thereby able to take control at the scene, whether or not the automatic feature has been engaged.

Moreover, each robotic nozzle “cell” in the system is able not only to work independently, but can also take in and react to data from the other “cells”. This means, for example, that systems can be programmed so that “a cell which detects a fire would suppress it, while the neighboring robotic nozzle could react by either assisting, or cooling and protecting surrounding equipment or structures,” Mr James explained.